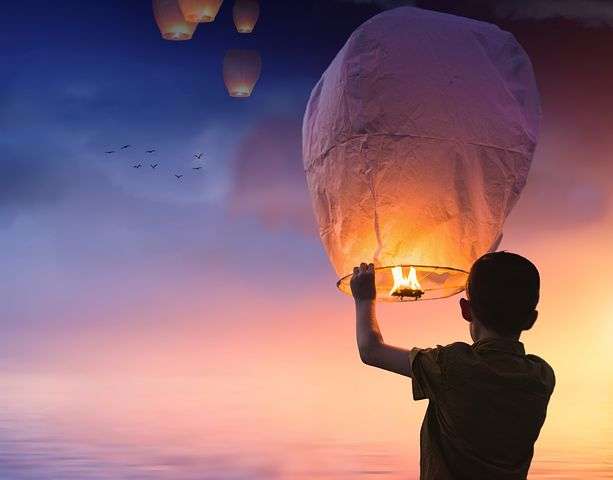 This piece was written as part of the blog series ‘My Mind, My Story’ for Mental Health Month 2021. Reflections are by mindshare writers with lived experience of mental health challenges. Content may contain triggering themes.

When I was asked if I would like to write a piece on how mental health stigma manifests in Chinese culture, I was stunned. I froze, felt my chest becoming tight and wondered where some of the air in my lungs went. I felt as if I was having an epiphany which I never knew I never wanted to have until now.

This was all because seeing the words ‘stigma’ and ‘Chinese culture’ in the same sentence was like learning the exact details of the four different stages of bone healing, when all you knew before was that bones do heal. By this, I mean I was having an “Oh! So that’s how it works!” moment, but it was closer to “Oh…So that’s…how it works…”; I was not overly joyous about it. Let me explain.

I was raised in a very traditional Chinese household, where what the dominant male figure spoke and wished for was regarded as law. Combine this with the mental health stigma associated with toxic masculinity, and you get a social climate where most emotional expression is met with a silencing thunder.

To further how emotionally barren this climate can be, this thunder was not loud or aggressive. It was dismissive and belittling, often telling you that there was no way you actually felt anxious or depressed because that would be ‘crazy’. This climate was home for me. But also I strongly emphasise the ‘was’.

To respect my sensitivity to how Chinese people are often raised in a similar social climate to the one I was, I am going to answer the question I was asked to by answering another. Instead of ‘how does mental health stigma manifest in Chinese culture?’ I am going to answer ‘how did I, as a Chinese person, live in society?’

Most people who are Chinese, or even ethnic, will probably understand the cruciality of having and maintaining a family image or status that is reputable. I grew up familiar with a satirical YouTube video which compared achieving a B+, instead of an A+, grade at school with being a garbage man instead of a doctor, lawyer or dentist. Such a comparison was unrealistic and ludicrous, which is what made it funny.

However, it was not funny when, upon announcing that I was changing my degree from a Bachelor of Physiotherapy to a Bachelor of Education with a Bachelor of Arts, the dominant male figure in my family grew angry at me and violently exclaimed that I was going to end up a garbage man.

This was because they, along with the rest of my family, wanted me to finish my Bachelor of Physiotherapy. But more importantly, it was because I had done something my family had not wished for. They saw this as a threat to their control over my actions, which brought them to fear that I could ruin the respected and reputable image of the family by doing something unpredictable and unfavoured.

When I tried to explain to the dominant male figure in my family that the change was something I felt was right, I was struck down by the same silencing thunder my feelings always were.

I have lived in society as a Chinese person by doing what my family wished for. I have wanted to do many different things in my life because I have felt the need to do them, such as taking a gap year to recover from a crushing Year 12 and seeking treatment for my anxiety and depression.

To explain this further, how I feel is stigmatised by the Chinese culture I was taught to live by because my feelings were seen as a threat to my family getting what they wanted. Although what they wanted was for me to have a prosperous future, which would go on to bring the family a reputable image, killing two birds with one stone, their way of dealing with the threat of my feelings was damaging. And this was why I was stunned when I read ‘stigma’ and ‘Chinese culture’ in the same sentence. I finally realised it was the stigma around my feelings, that traditional Chinese culture had ingrained within me, that made it so hard to explore and accept myself for who I really am; I had inherited my own silencing thunder.

This epiphany was not welcome. I have only recently begun moving on from my emotionally stigmatising experiences with Chinese culture; I do not feel ready to face them again.

On the bright side, I am able to begin moving on because – through open yet brutal conversations, and a lot of patience with my family – they now understand that their ideals for how I should live my life are valid, but should not be forced upon me. After all, this is my life, my mind and my story.

I feel that speaking out about the familial wants that are unjustly forced upon young Chinese people is the right thing to do. However, to be honest, I still feel guilty and disappointed that I feel this way. The stigma still exists within me but we all have a role to play in letting others know that they are not alone, and for supporting positive change even if that means just providing hope. Stigma can be undone because I am undoing it, however slowly. And, well, because our bones are not the only things that heal.