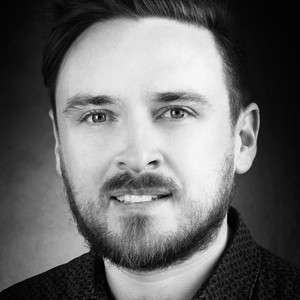 It’s a sunny Saturday afternoon and Sean Quinn is full of positivity as he leaps onto the stage before a sell-out crowd at The Squeaker (Gluttony, Rymill Park). A social worker who specialises in cognitive behavioural therapy he also moonlights as a stand-up comedian. He promises an hour of comic, non-judgmental counselling within a safe space.

After a somewhat bumbling start and an overly-long introduction into topic (we discovered the professional occupations of almost all the sixty-plus strong audience) Quinn began our ‘therapy’. Using a flipchart in the centre of the stage, Quinn talks us through the basics of breaking anxious patterns. The segment is light-hearted and entertaining and the audience good-naturedly laughs along.

However, as the skit continues, points are laboured too long and jokes begin to fall flat. Although the subject matter is interesting, with references to therapies by Freud, Pavlov and Watson, the accompanying material is less enthralling, more a peppering of jovial comments than a finely tuned comedy routine.

I begin to feel that Quinn is missing important opportunities to stimulate positive discussion into mental health. Whilst the comic keeps it politically correct and is not at all mocking towards those suffering from anxiety and depression, there is little evidence of empathy towards these conditions either. Quinn concentrates on examining therapies (which is understandable given the title of his show) but as a mindshare reviewer I would have liked Quinn to incorporate a warmer, more positive attitude towards sufferers into his routine.

Towards the end of the show, Quinn discusses gambling addiction. I feel that this was one of the most cohesive sections of Quinn’s act and the audience begins to lift again as comedy outweighs the references to therapy.

As the show reaches its finale, Quinn keeps the jokes rolling and internalises his focus as he talks about the downside of living with a therapist. Quinn confesses that his professional persona often tips into his personal life, leaving his partner frustrated as he psychologically analyses aspects of their home life such as putting out the bins. These sections show Quinn at his funniest and I am left with the impression that had Quinn talked about himself more and cognitive behavioural therapy less the experience would have been much more entertaining.

3/5 Stars – Quinn’s mismatch of comedy and consultation fell short of my expectations. With less clinical analysis and more humour, Quinn’s show would be greatly improved. After all, laughter is the best therapy.