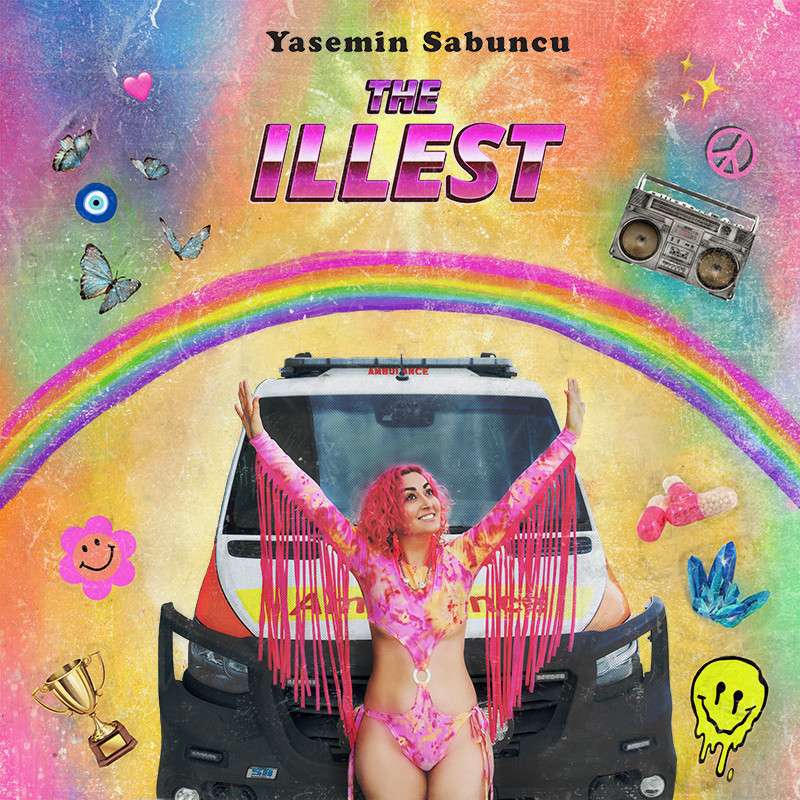 Imagine performing your debut show at the Fringe, especially when your new to comedy.  Then add living with a chronic illness to the mix. It would feel daunting and overwhelming to any new performer but Yasemin Sabunau successfully battles her nerves and is able to guide us on her journey from her lowest ebbs to her satisfying triumphs over adversity and medical gaslighting in her first ever Fringe show, The Illest.

Before Yasemin begins her show, she warns her audience to brace themselves, as she dives deep into her life and her struggles of living with a chronic illness, dealing with a medical system that doesn’t believe you and her epic battle with a tape worm. All with hilarity and unapologetic realness. Some parts of The Illest made the audience squirm in their seats. It still feels like society is a little prudish when it comes to periods, pelvic examinations, and female health in general, highlighting the importance of shows like The Illest that bring these topics to the forefront.

As the title suggests The Illest focuses on Yasemin’s illnesses and being misdiagnosed by the “experts” for many years. In 2016, Yasemin was finally diagnosed with endometriosis after over a decade of pain and being labelled a hypochondriac. 1 in 9 women suffer from endometriosis and there is no cure, a point that Yasemin emphasised after being told by a medical professional that pregnancy is a cure.

Another diagnosis that helped her make sense of her world happened in 2018 when Yasemin was diagnosed with ADHD, a chronic condition which is still misunderstood within the wider community. It was great that Yasemin touched on ADHD, as it isn’t talked about enough especially the symptoms and how these symptoms are similar to anxiety and depression.

It was clear during The Illest, that Yasemin has a love of pop culture and Keanu Reeves. Pop culture references were littered throughout the show—whether using Groundhog Day to describe her life while being misdiagnosed or Alien when she felt like an alien lived inside of her. Using themes from various shows helped maintain the audience’s attention. Yasemin even pondered if she was Bruce Willis from The Sixth Sense when recalling how she almost died three times. Normally the subject of death isn’t a funny one, but Yasemin’s anecdotes of near- death experiences not only made me feel empathy for her but also laugh out loud.

Pop culture/ TV shows were her escape during her darkest days. The days of agoraphobia, panic attacks and chronic pain. Yasemin would lose herself in fantasies of being a patient on House and being cured by the end of the episode. Pop culture was used to disassociate from life; a life where she felt abandoned by religious entities, medical professionals, the Government, and family.

The Illest was full of humorous anecdotes embedded within some complex and taboo subjects. Stories about different alternative health treatments by Shamans in Byron Bay, and a mimed re-enactment of Yasemin’s battle with a tapeworm.

The beginning of Yasemin’s journey sounded bleak but by the end of show I was left feeling that Yasemin is in a much better place mentally and physically now. From believing she deserved to die to now seizing the moment, accepting, and loving herself, Yasemin has come along way. Her story is truly inspiring, and I couldn’t help feeling proud of her performance.

The Illest is more than a comedy show. It’s a well- written journey starring a storyteller and advocate who is learning and developing her craft. The show and performer are still green, and nerves were evident but Yasemin is an incredibly talented performer and has a powerful message to spread. Yasemin may be The Illest, but she is also the realest. Three and a half stars.