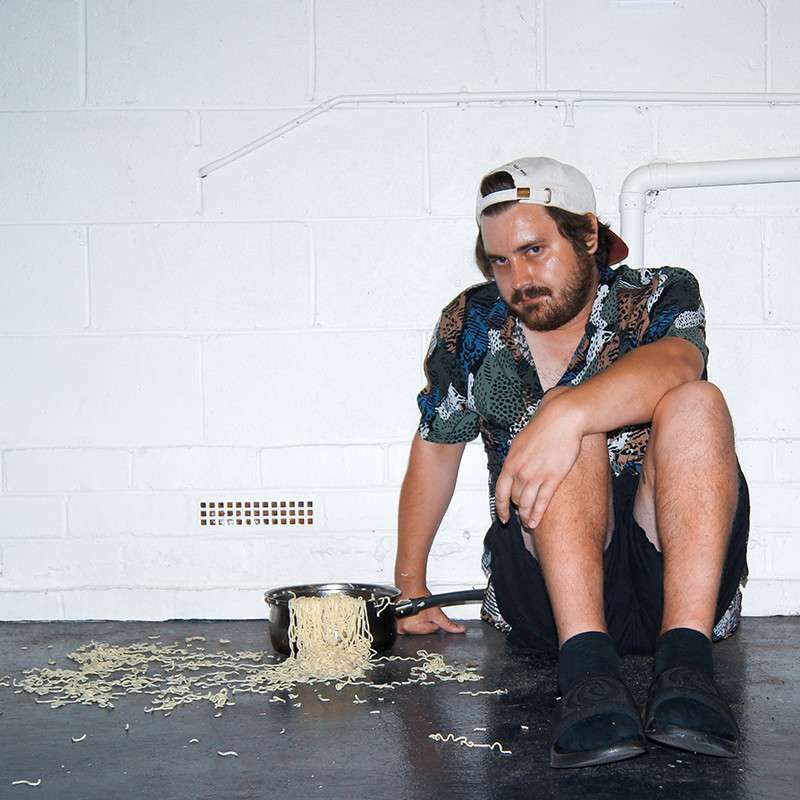 I have to start this review with a confession. I am biased against Mi Goreng Noodles. Yep, I know it seems a strange thing to hold a grudge against, but I do. It stems back to the days I spent in prison, when I worked in the stores packing prisoner buys.  Mi Goreng Noodles were a favourite of the men inside, and some would buy up to 30 packets a week. This meant that I spent my days hauling boxes of those damned noodles from one end of the warehouse to the next, stacking shelf upon shelf of bloody noodles…but that is not why I didn’t enjoy this show.

Yeah I said it, I didn’t enjoy this show. Bear with me here: I want you to imagine a group of lads sitting around a campfire, drunk. They’re mostly talking nonsense but, due to intoxication, they think they’re very funny.  There’s thigh slapping, sniggering and belly laughs as each joke gets progressively worse. Now I want you to imagine you are the sober observer. That’s how I felt watching this show.

The show started off with host Brad making a few very awkward jokes. I was amused by his get-up and jazzed by his army socks and Birkenstocks. He introduced his mate James, the star of the show, telling us it was James’ debut solo performance. I had high hopes. I was sitting in the Laugh Lounge, expecting a lot of…well…laughs. I was soon to be disappointed.

James bounded on stage with loads of energy. I liked that – no one wants to watch a dry piece of toast flop around on stage. But the jokes just didn’t hit the spot. It was awkward, and at times casually racist and a little ableist. At one point James even tried to suggest we should feel sorry for Pauline Hanson and her white lady tears. It went even further downhill when he blamed the tragic death of Eric Clapton’s son on Eric himself, saying it was some kind of karmic revenge. I was shifting uncomfortably in my chair at this point, just wishing for the show to end.

James himself seems like a fun guy. He has a mirthful laugh, and a mischievous grin…but this one should have stayed around the campfire lads, it’s just not stage ready.