Review: The Boy My Father Raised 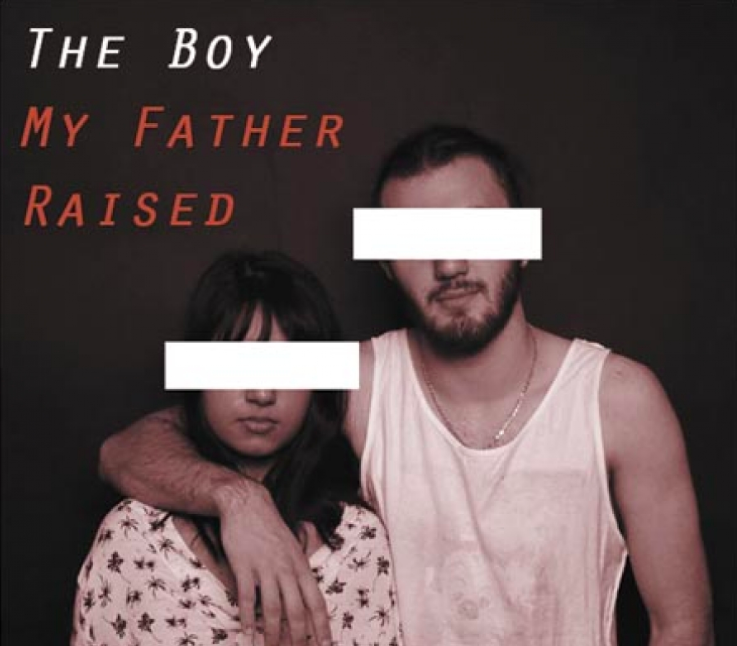 The Boy My Father Raised gives no trauma or trigger warning. Not in any of its publicity nor at the show itself. You should also be warned about sensory overload; there is a lot of voiceover played through the speakers which peaks to a volume of being uncomfortable. I also think its rating of PG is a bit misleading—there is swearing and violence so M would be more appropriate.

Director Rachel Stone wrote this piece with Jacob Roneberg after hearing Arman Abrahimzadeh talk to her year 11 class last year. Inspired by his family’s complex story of domestic violence, which ended with his mother’s murder, she set out to write this play.

While not depicting Arman’s story per se she took the conflict of his relationship with his father as its source. What she came up with was the story of Taylor, a 17 year old boy whose father is an alcoholic and beats him and his mother up. The writer’s aim is to create a character who witnesses his father’s abuse but struggles with the demons of becoming his father.

Firstly, it is important to note that this story is created and acted by people under the age of 20. I cannot comment what their own experiences are around domestic violence and how that informed this script. However we know so much more about the complexities of family and domestic violence as a society, yet despite this The Boy My Father Raised still carried the stereotypes.

These included Dad being an alcoholic which fuelled his violence, yet what we know is that this type of violence is not always intertwined with drugs and alcohol. Nor is it associated with mental illness. It is about power and control.

The father, while having a storyline that he travelled to Japan for business, has a stock standard costume of a white singlet and ripped jeans, with the occasional black leather jacket. This gave him a look of being someone from a lower socio-economic background yet what we know is that domestic violence does not discriminate by postcode or income.

The son asking his mother in anger “why don’t you just leave” is also an attempt to answer a complex question in just a few lines. The rule of theatre “show don’t tell” would be suffice here.

While the play sells that it looks at the psychological impact of domestic violence, I felt there was more emphasis on the physical violence. In the opening scene Taylor sits at school with a black eye while his mate reaches out to help. What made this implausible for me is our education system is well versed in family and domestic violence and there is no way a child would wear a black eye at school and not be noticed by a teacher or adult. And then when the mother first comes on stage she has bruising around her neck as a mark of strangulation.

All of this catapults us in to a world of horrific violence without leading us there and giving us a reveal that would have made a greater impact. Because what we also know about family and domestic violence is it is still hidden in our homes. Often when both women and those around them realise it is family and domestic violence, it is not on their own, but by a dramatic event where someone—either Police, social worker or loved one—reveals it to them.

The Boy My Father Raised is a brave attempt at a complex subject by a group of passionate young people. They are a part of a generation who are learning what family and domestic looks like and want to desperately contribute to ending it. We know the mental health impacts from domestic violence are trauma, PTSD and more recently we have learnt anxiety and depression. However this play is too short and too focused on the physical violence to really flesh this out enough.

I congratulate them for this, however this work is still only in its infancy. The script needed much more development and with social workers and women with lived experience. And the cast needed to be older. If the parents were played by mature adults then the work would have so much more power to it.