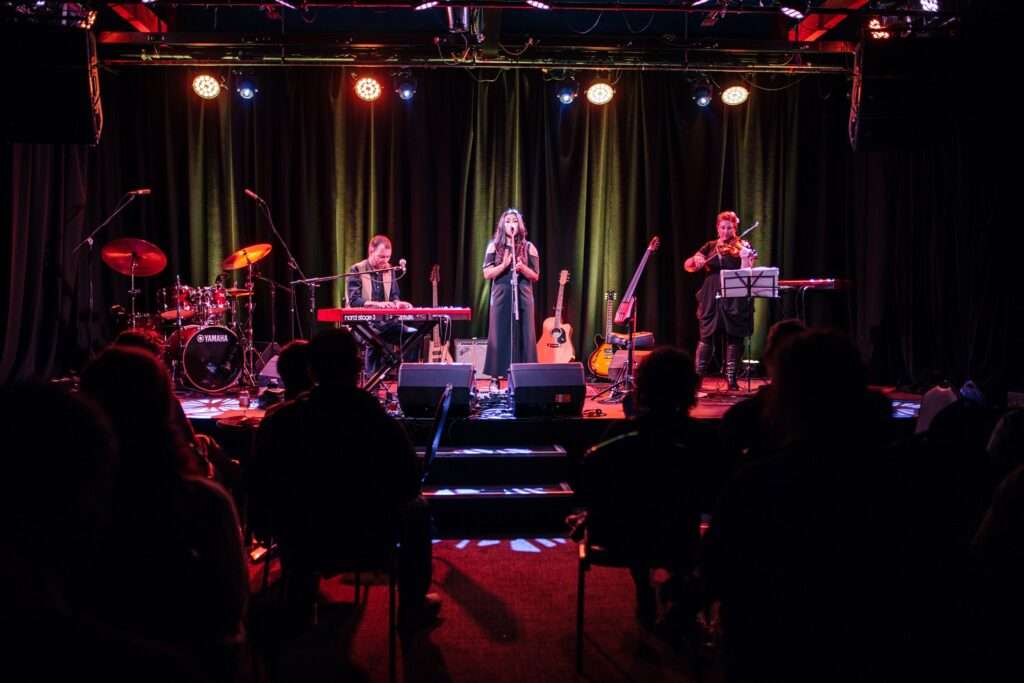 Jennifer Trijo’s cabaret Someday is an inspiring, spectacular, and yet hard to define show. Trijo is a born performer — she has a pop star quality, stellar voice, and impressive compositional skill, all of which combined set Someday apart from your average Fringe show.

Evidence that we were seeing something really special came right up front, when Trijo delivered the most powerful Acknowledgement of Country I’ve heard in a long time. While Acknowledgements of Country are important whenever and wherever they’re done, and the Fringe has offered up some sincere ones, Trijo’s Acknolwedgement felt special. Her language was personal, warm, and had the sincerity of a person publicly honouring a dear friend.

Trijo puts all of her talent and authenticity to use in sharing the lessons her mental illness journey has taught her. Billed as cabaret-meets-motivational talk, Someday delivers on this promise. About half way through, Trijo discloses her own mental health struggles (in a compassionate, unlikely to be triggering way) describing how, in her search for healing, she turned to neuroscience research. In short, she was successful.

In her gratitude for finding acceptance, contentment, and peace, Trijo crafted this show to gift audiences some of the grace her journey has bestowed on her. In this she is most successful in the structure and pacing of the show, as well as in the sheer example of her presence and generosity. Throughout, Trijo generously lifted up the voices of other independent Australian artists and performers, some she mentors, some collaborators, and others who she looks to for guidance. Less successful is Trijo’s reliance on the language of individual choice.

One of the key symptoms of many mental illnesses is drastically reduced executive function; when the brain can only perform a fraction of its former tasks, how much choice does a person really have in that state? Also, choice and privilege are so inextricably linked. My personal experience has been that my sense of having agency and choice has waxed and waned with the level of privilege I’m experiencing in any given stage of my life. While most of us have capacity for choice at all times, the size and awareness of that capacity, and the safety of using it, are largely determined by cultural, physiological, and systemic factors beyond our control.

Nevertheless, Someday encapsulates ‘mental health’ in the true sense of the term. It is the dream of a healing, intersectional, thriving local arts community future come to life for one, too-short hour. Trijo is destined for great things. Five stars.