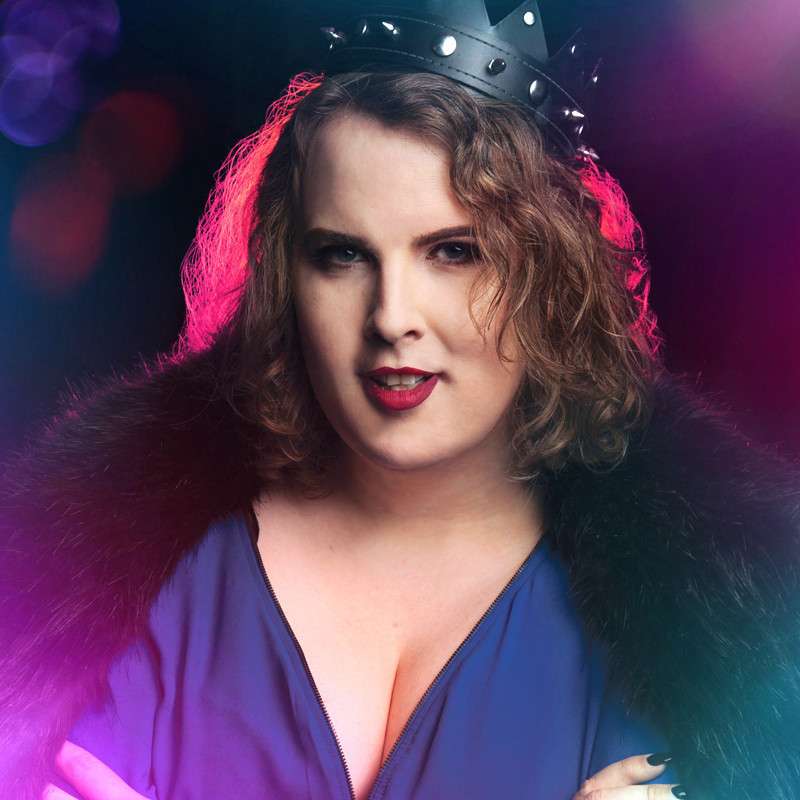 mindshare is a creative community and online mental health publication. Reflections are by mindshare writers with lived experience of mental illness, specifically critiquing through a mental health lens. Content may contain triggering themes

Anna Piper Scott is authentically hilarious in her latest show Queer and Present Danger. A show about debunking trans myths and discussing queer life, Scott is unapologetically herself and is not afraid to be bold and radical.

Scott is a marvellous presence to watch onstage. She is bright and extremely quick-witted.  Even in the face of a flirtatious heckler she is able to create an amusing bit that keeps the audience giggling. Right from the start the audience is captivated by her. This relatability and authenticity in her humour helps her to forge a connection with the audience, who are majority a part of the LGBTQ+ community.

And that is what draws the audience in. Her ability to be unapologetically herself. Scott is not afraid to educate the audience and also call bullshit on prevalent myths on the trans experience and queer life. She rightly calls out the media for perpetuating harmful tropes and stereotypes that negatively affect the trans community. Scott also draws attention to our own preconceptions and challenges us to reflect if we too have tokenized our trans family and friends. The power lies in Scott’s ability to discuss these topics in a way that is light-hearted and comedic and yet still relays her message across.

However, it is the final portion of the show where Scott truly shines. Bravely, she decides to be vulnerable with the audience and discuss her battle with suicidal ideation and the hardships before her transition and coming out. She describes it as being in the closet but eventually a person starts to build a cabin and then a forest made out of the hopes and dreams, they believe they cannot have. It is raw and earnest. It is simply powerful to hear it so accurately described.

There is a drawback as to how suicide is discussed within the final act. Due to the crude yet humorous nature of the show, certain parts can come across as insensitive of a serious topic. Especially as Scott discusses suicide as always being an option. However, she does provide a trigger warning at the start of the show.

But Scott boldly reminds us there is always a sense of hope. That suicide may be thought of as an option but there is always another one and we may as well see where the other option takes us. She encourages us to live and love unapologetically because the world is always better off when we are unashamedly ourselves.

As Scott says, once we truly accept ourselves, we begin to free ourselves from our own self-imposed forests and cabins. We can begin to love and live as authentically as we can. And that is the beauty of Queer and Present Danger. Four stars.