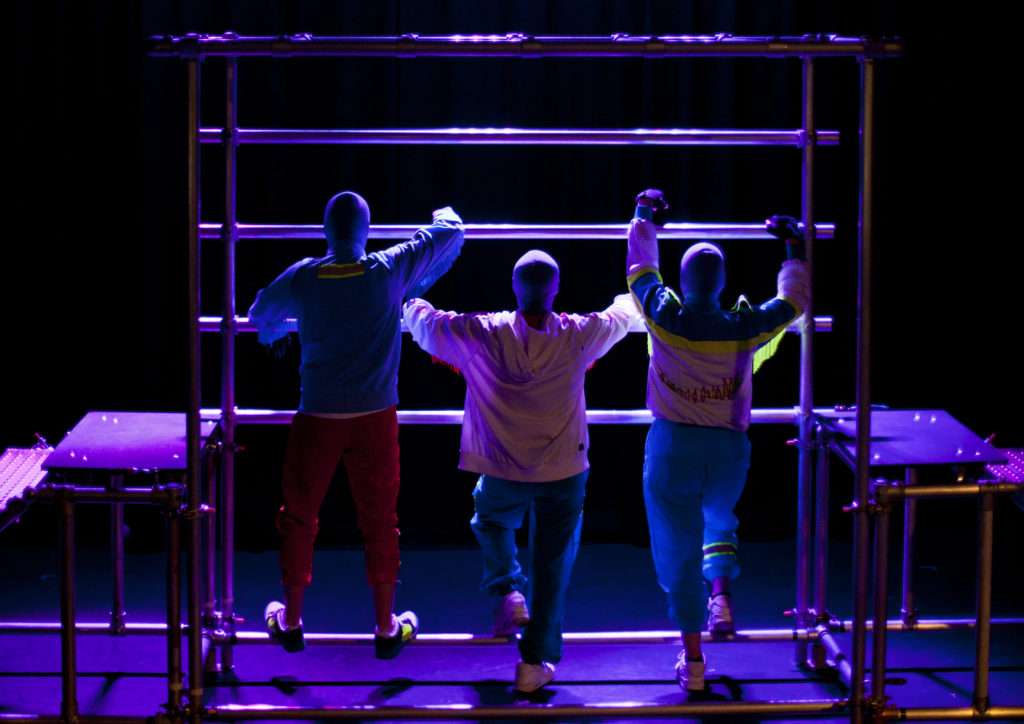 “Passengers”, by UK award-winning trans artist Kit Redstone and director Jessica Edwards tells a story of a person suffering with a multiple personality disorder. Kit Redstone has been working under the name Vacuum Theatre for 12 years. He makes work that is autobiographical but addresses universal themes. Kit’s last show ”Testosterone”, made in collaboration with Rhum and Clay Theatre Company, focused on masculine identity through the lens of Kit’s experience as a trans man. ”Testosterone” won The Indies Award for Best Theatre Show at Edinburgh Fringe 2017 and was short listed for The Samuel Beckett Award, The Peter Brook Empty Space Award and The Amnesty International Freedom of Expression Award.

We view Kit’s journey, through the complex area of mental illness. Personality disorders can be easily misunderstood so Kit’s description of the illness helps educate the public and is a welcome relief. Especially poignant as the information expressed is told by a person with a lived experience.

Kit shows how trauma can affect your identity and give rise to a disorder that compensates the painful acceptance of past trauma. The characters in Kit’s mind exist to protect him from the memories that would otherwise cause agony and mental anguish.

The performance begins with three actors clad in balaclavas moving against steel bars. Not unlike being locked in a cell. The three actors… Justina Kehinde, Neil Chinneck and Kit Redstone, play different parts of a personality. A character who is unseen, named Max. The actors are lively and manic; not dissimilar to monkeys swinging on branches. They struggle and explore in a metaphysical sense. They are participating in an endless, internal tug of war.

The players express a catastrophising jumble of ideas. They play with each other, battling wits and living in a continual crisis. The characters want to be heard, and compete against each other, with each one crying out for help.

”Trauma can give rise to extraordinarily creative coping strategies with epic battles and alliances that play out between personalities. It is a show set entirely within the mind that seeks to forge a connection between an identity disorder and the universal idea that we are all made up of different versions of ourselves. ” (Kit Redstone)

A very important story, but the fast-paced movement of ideas became for me, confusing. I cannot be specific about the content, although I learnt about the disorder in a general sense. As human beings we all share complex personalities and as such we can be more compassionate and understanding of each other and ourselves.