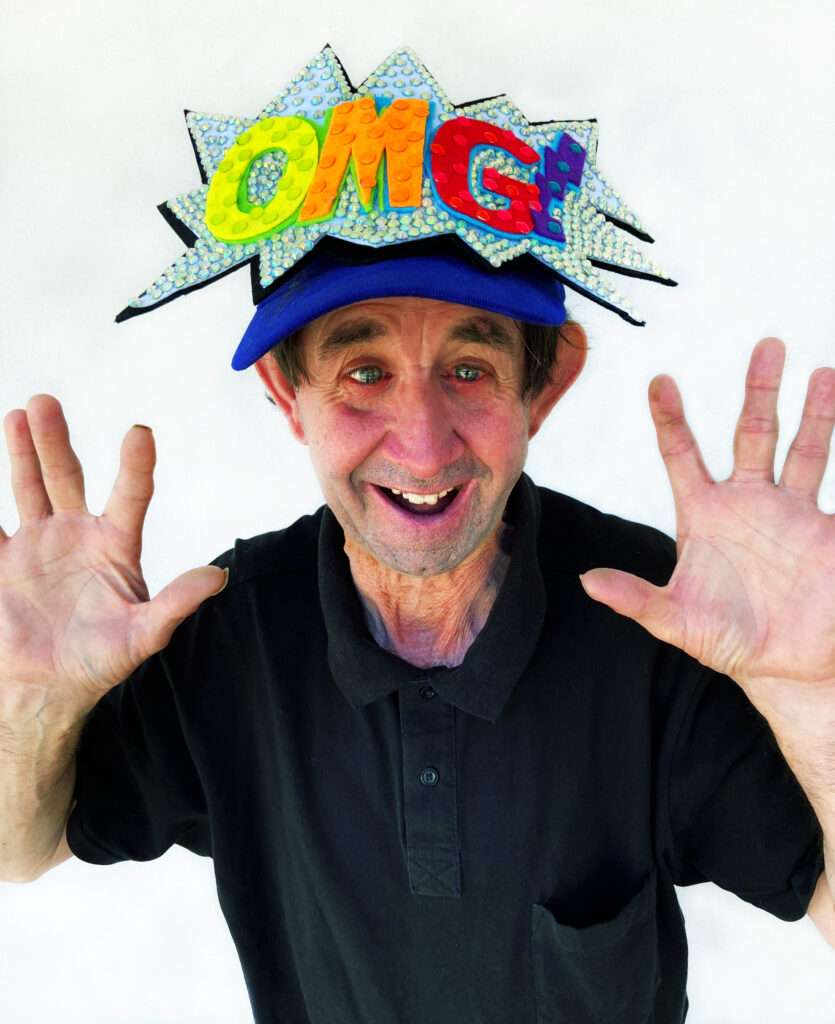 So often we find that it is the shows we don’t plan to see that leave the most lasting impressions during the Adelaide Fringe. It’s a show that many might not give much thought to checking out, but Kym’s Overall Extravaganza Showcase Volume 2 is a performance that people will leave feeling privileged to have experienced.
Kym Mackenzie is living with an intellectual disability, but he refuses to let this get in the way of his love for telling stories. He opens his show with a reflection over the difficulties we have all faced over the past couple of years, and particularly how covid has affected the entertainment industry. He tells his own personal story through a mix of soliloquy and recordings, with intermittent music numbers using powerful pop songs that capture the resilience of people with disadvantages. His hilarious skits, quirky props, and colourful costumes also add a fun element to the show. Needing only an off-stage prompter as support, he tells his story with heart and humour that keeps the audience captivated.
Kym’s show is a strong reminder that although the discussion around mental health is improving, those with intellectual disabilities are still being silenced. Kym clearly expresses that all he and others living with disabilities ask is for a little patience, and to be allowed to make their own life decisions. Any misconceptions you have about the capabilities of people with intellectual disabilities will be quashed as you watch this wonderfully delightful show, and even when Kym is joined on stage by his musical supports, he is still the star.
Kym’s Overall Extravaganza Showcase Volume 2 encompasses the heart of the Fringe, and as Kym says, sometimes the supporting roles are the most important ones. Kym’s show will have you laughing, singing, cheering, and crying all at once and is a must see for the young and old alike!

By Kat Coppock
Send this to a friend