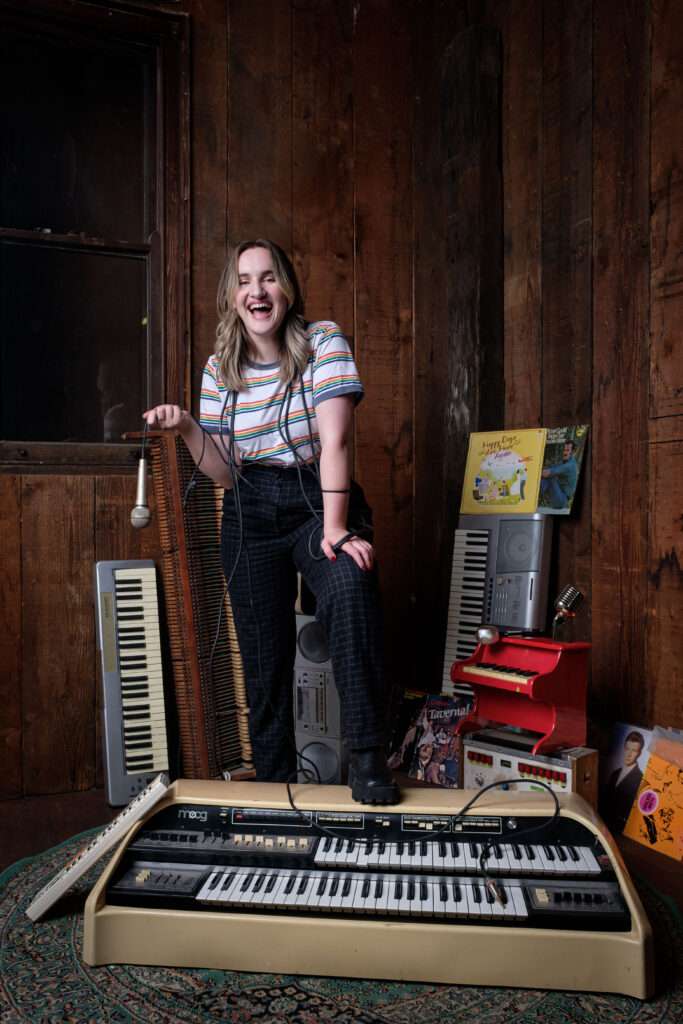 Gabbi Bolt’s compelling stage presence and impressive vocals make I Hope My Keyboard Doesn’t Break a stand-out Fringe debut. The TikTok creator is known for her social media escapades such as Ratatouille the TikTok Musical, and sharp-witted contributions to The Chaser. Her first solo live show proves Gabbi’s talents extend beyond the camera. Gabbi captivates audiences throughout the production more thoroughly and intimately than possible on your social media feed. In doing so, she cements herself as a champion of young Australian comedy, speaking to the real cares and concerns of young Aussies like her with a unique and biting flair.

Gabbi doesn’t have to compete for attention in Gluttony’s The Bally. From her opening number, she’s piqued everyone’s interest with her anxious anthems and bouncy commentary on confidence, climate policy, mental health, and feminism.

This production provides laughter and insight into the attitudes that have developed since the Covid-19 pandemic while providing an energetic escapism. Of all the cards the pandemic has dealt us, we’ve also seen increased awareness around mental ill-health, self-care and managing pandemic fatigue. Because of this, I Hope my Keyboard Doesn’t Break is as timely as ever, allowing Gabbi’s witty lyrics to reach an even wider audience as the general public have a collective experience receiving advice to handle stress. Gabbi sings us through the frustrations and pitfalls of mindfulness, taking jabs at meditation and walks so many of us have been prescribed to clear our heads.

It should be advised that one song crosses over into presenting suicide as a solution in its lyrics while maintaining a jovial musical accompaniment. This risk could be seen as a fault of the format of satire, and not necessarily of the artist as it does not present as a conscious endorsement, but a shard of dark comedy. Despite this, the strength of the show comes from its well-rounded approach to the infiltrations of stress and anxiety in our everyday lives and the thoughts it can drive people to have. Gabbi doesn’t shy away from any topic, and her physicality shines along with her vocals as she takes us through all too relatable scenarios like watching news of climate change to wondering whether we’ll be able to afford a home.

I Hope My Keyboard Doesn’t Break is like a shared therapy session where Gabbi reveals the breadth of concerns in front of young people with trademark satire. As is often the case with satire, it’s shockingly funny because it’s often true. Gabbi is a realistic storyteller who’s not afraid to be vulnerable with her audience, and for that anyone who braves her fringe show is in for a treat.