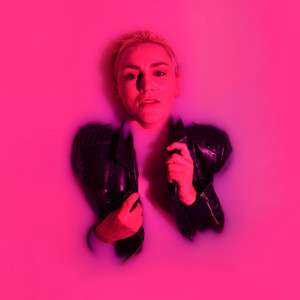 mindshare is a creative community and online mental health publication. Reflections are by mindshare writers with lived experience of mental illness, specifically critiquing through a mental health lens. Content may contain triggering themes

The premise behind Grief Lightning – A Satire in 78 Slides is interesting. The show is based on a popular fan theory regarding events in the 1978 movie ‘Grease’. The theory suggests that the main female character, the iconic Sandy Olsson, drowns in the opening scenes. The theorists believe that the rest of the movie is comprised from the dream-like hallucinations of Sandy’s dying mind. They insist that instead of a humorous, hedonistic, high-school romp, Grease is actually an exploration of the moment of passing, the chaotic creation of a mind clinging to life in the throes of death.

The theme itself is triggering from a mental health point of view. The feeling that something which was light, humorous and fantastical can be so convincingly twisted to reveal such sinister undertones is unnerving. I hope that these heavy themes will be treated with sensitivity by our host.

As the show opens it is clear that our presenter, Mary Angley, takes proceedings seriously. She appears before us as a professor before a class and takes firm charge. She refers to the show as a lecture and assures us that her argument is so convincing and supported by such irrefutable data that we will have no option other than to accept her claims. For the remainder of the performance she takes centre-stage, poised in front of her projector screen of data. She is an energetic, powerfully intelligent host and the show is exceptionally well written. She choreographs her performance beautifully against the back-drop of movie clips, quotations, literary cross-references and charts and graphs that she uses to support her argument. The idea that so much academic effort has been expended to explain the backstory of a 1978 musical is amusingly farcical and is the backbone of Angley’s satirical exploration.

But, from a mental health point of view, the show is difficult to watch. Angley talks about death in the same throwaway manner she talks about hairstyles. Ill-conceived phrases such as ‘coma fantasy’ and flippant remarks such as ‘people drown every day’ are common. There is a tendency to massively over-trivialise dark themes for the sake of acerbic dialogue. Everything is done for effect with worrying disregard for the deeper message. A good example of this is the show’s title, ‘Grief Lightning’ – a clever and amusing pun which attracts the audience, but a completely hollow term with regard to the show’s content. Grief and the enormous impact of losing a loved one are never mentioned. The show’s focus is shallow and aimed to shock, veering from one distressing theme to the next – death, despair, drowning, peer pressure, insecurity, multiple loss of life.

There is no depth, no sympathy, no sensitivity. Our host is an aloof, judgmental instructor who presents facts with disregard for feelings. One particularly unsavoury moment is Angley’s dissection of the sexual harassment scene between Sandy and Danny at the Drive-in. Angley sits, brow heavy, her energetic style quieted as she explains that even at the age of six, she knew this scene was different, that it made her feel uneasy and uncomfortable in ways she didn’t understand. For a moment, I think that she is finally going to open up to her audience and reveal some compassion beneath her uncompromising exterior, but it is faux sympathy, the lead-up to an ill-considered joke in which she belittles the trauma of sexual assault and instead sympathises with Danny and his need for perfect sex within the ultimate vehicle.

This segment in itself is enough to cement my conclusion that this is not a show to watch if tactlessly depicted social themes are a concern.

I am left with the impression that it is Angley and not Sandy that has lost touch with reality. In today’s climate, how can the presenter address such serious themes with flippant insensitivity?

Two and a half stars for a surface-skimming, clinical examination of an unsettling topic.