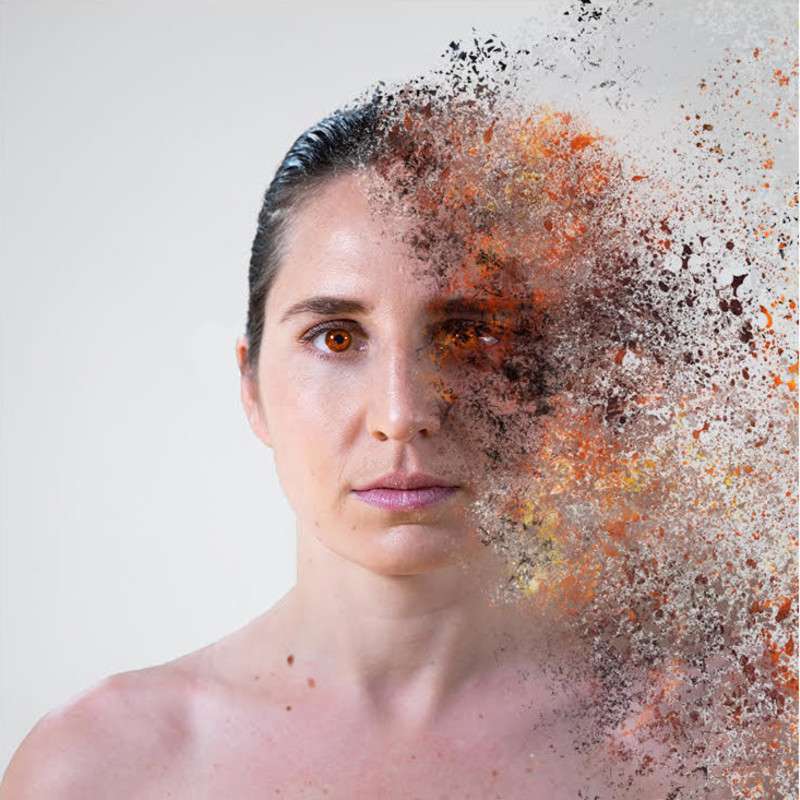 I settle down in the comfort of my home to watch ‘Ember’, a forty-minute, character-driven narrative which is available to view this Fringe season via video link.

It’s the first time I’ve reviewed a show without the ambience of a live audience but in Ember’s case the platform suits the production perfectly. The one-woman show is filmed in shadow with Perversi dominating the screen throughout. Perversi is the only performer as I am the only viewer, and this creates an invasive and uncomfortably effective relationship. I assume the position of a close confidante, trusted with details of the protagonist’s delicately balanced mental health.

From the opening scenes, Perversi commands our attention with her intense close ups and raw confessional asides. When we meet the central character, Fleur, she is calm, well-presented, and amusing. In a series of sarcastic asides to camera she questions society’s mis-placed values. In one observation for example, she jokes that office Botox parties have now replaced traditional Tupperware gatherings.  Perversi’s supporting cast (all voiced by Perversi) are characters that we can all relate to, the complications that they create in Fleur’s life are easy to understand. We’ve all felt that life races away from us sometimes, that we sell ourselves short or that we’re not worthy of love. The everyday situations are pertinent to most individuals and are passionately executed by Perversi who gives a powerful, meticulously paced performance while steadily and expertly beginning to exhibit loss of control.

While the characters are believable, they are not particularly innovative. Perversi chose to work with ‘a world full of clichés’ in her exploration of mental health to make the journey relatable. Ember is littered with motifs of characterisation such as the judgmental mother, have-it-all friend, and patient partner. The use of such familiar personalities gives the show the feeling of revisiting mental health discussions rather than advancing them and I was disappointed that ultimately, the climax of Fleur’s journey was also clichéd.

During the last segment of the show, the small embers of worry and insecurity build into a raging fire. In juxtaposition to the previous controlled pace, Fleur’s tone is panicked, her polished presentation now agitated and unattractive. Her lines are delivered frantically, her eyes wide, her laugh manic. The camera focuses on her open mouth as she throws her head back, on her fidgeting fingers and her profusely sweating body. Moments later, in shocking scenes, Fleur lets anger and desperation consume her in an intense and destructive climax.

Such extreme and uncharacteristic acts are often used in the portrayal of individuals struggling to maintain positive mental health. In my opinion this trope of slow building frustrations which finally causes the sufferer to explosively snap is an unnecessarily negative view. When Perversi adopts this motif in Ember, tracking small sparks of self-doubt until they eventuate in a raging fire, I believe she misses an important opportunity. Her dark and angry ending undermines the witty, relatable character she created in Fleur. In my opinion, it would be far preferable to explore the strengths and spirit of people who live with mental health struggles and culminate their story with hope rather than resorting to improbable acts of extreme destruction for the sake of a dramatic finale.

Ember is a well-filmed, well-performed exploration of common mental health themes but it does little to advance mental health debate or support the abolition of negative stereotypes. Personally, I would have liked to see Perversi push her characters further and find the strength to quell the sparks of insecurity and alienation before their flames engulfed her likeable leading lady. Three stars.