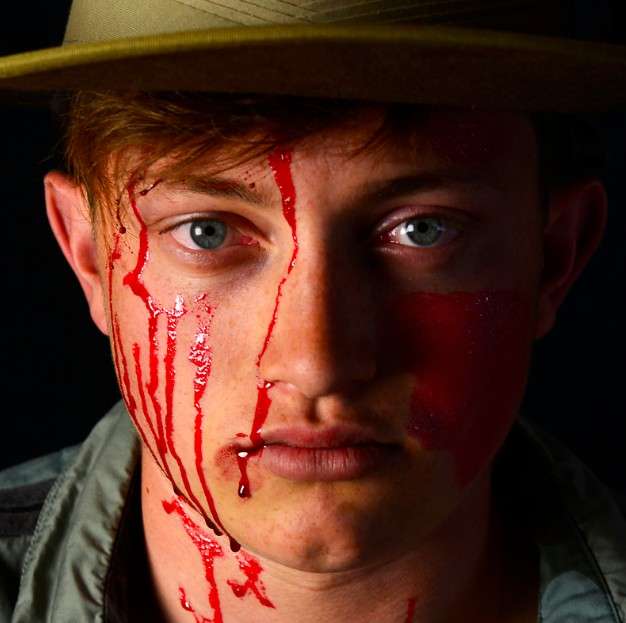 When we commemorate ANZAC Day and the soldiers who survived the Kokoda Track there’s a story we rarely talk about. It’s the story of homeland militia who were sent there to defend Australia from the Japanese. Called the chocolate soldiers they got the nickname as they were deemed cowards who would melt in battle. The militia was made up of men who chose not to volunteer for Churchill’s war. Seen as weak they were men who were unemployed, disenfranchised or have just chosen to fight at home rather than abroad.

When the Japanese began their invasion the homeland militia were sent to Papua New Guinea. They were sent there on the promise of getting a ‘holiday in the tropics’. What they found was far from a holiday. Even before battle began men were dying of malaria and other tropical diseases.

With no adequate training, no understanding of jungle warfare and complete ignorance of local conditions these soldiers were at the mercy of leaders more concerned about themselves than them.

Kokoda is a one man play told by 20 year old Whyalla actor Jayden Marshall. Jayden holds the stage for the full 70 minutes as Private Morris Powell who is also 20 years old. Private Powell is from Melbourne and he signed up as an unemployed, street smart yet impressionable young man. He joined with his mates the Zorro gang and these faceless characters are key to deciphering a new narrative around mateship we rarely hear when we talk about the ANZACs.

Marshall being the same age as the lead character really brings home how young these men were when they undertook this life changing experience. This experience is about death, the fear of your own mortality and the fear of watching your mates die around you.

In Kokoda, like all ANZAC legends it is your mates that hold you together, meanwhile deep down they also tear you apart. Private Powell watches as his mates turn in to war machines and killers and it shocks him. But then the killing becomes harder.

When the Japanese retreated they did not take their wounded with them. They left them behind for Australian soldiers for mercy kills. This was one of the more confronting scenes of the play.

This with the jungle warfare of mud, mosquitos, trekking and walking you can easily see Kokoda as a psychological challenge for these soldiers.

To talk about the death and psychological impact on soldiers seems taboo in our celebration of the ANZAC legend. That is why this play feels bold in that it tells the story of Kokoda we seem to avoid. The story is detailed but not too graphic. It does have impact and you know that this 20 year old man has been changed for ever.

We know it today as PTSD but at the time it was undiagnosed and unspoken. As the program says “…when they returned, never wished or were able to speak of their experiences and the horrors they witnessed and / or endured.”

The script of Kokoda gives a lot of weight to the experience on the ground but how it impacts on this young man for the rest of his life is left with the audience to imagine. Knowing what we know today you can easily derive the long term impact. However we are left to make that judgement on our own and it left me wanting to feel more for Private Powell.

Kokoda walks a fine line between a history lesson of the Papua New Guinea campaign and the psychological impact of war. Both are very important however with the incorporation of archival footage and detailed story telling this reviewer wanted to feel more rather than walk away with an alternative history lesson.

You can buy tix to Kokoda here.