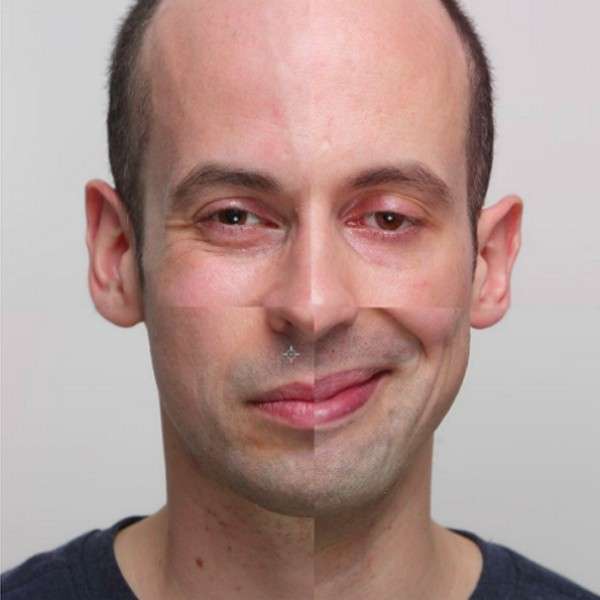 This fringe show encompasses Nores Cerfeda acting as a one-man show, telling his story about the experience of depression. He is a Melbourne based Italian actor having graduated at the ”London Academy of Radio, Film & TV” in 2007 and then at the Italian Academy ”Fondamenta”, in Rome. He has experience as an actor and director with the Italian company ”Smaramaldi” and studied acting with Sam Rumbelow. Cerfeda has been living in Australia for 5 years, and is about to complete his PhD in German literature and Gender Studies. ”The Kafkian Monkey” was his first solo show to tour three continents.

This production of ”Joyous Depression” is located at Whitmore square, Adelaide. The venue has enough room to hold at least a dozen people and the space is informal with tables and chairs, much like a cafe. While we the audience are very close to the performer we did not have to participate.

Cerfeda is a very passionate performer using his acting versatility to express his opinion and experiences. Different characters come to life through his monologues and recorded voice. Personalities such as his mother and father, doctor or therapist and the actor as his younger self permeate the content of the show. Cerfeda is competent and successful at expressing his ideas with limited props.

Cerfeda reveals the possible causes for depression. He talks about the nature of the Catholic Church, and the element of being oppressed and judged. A sign depicting an eye is a symbol representing God and ”he” can see everything, therefore can observe those who are ”bad”. Cerfeda likens God to big brother and a system that makes you feel ”guilty”. The efforts of an individual to continually try to be perfect and good in God’s eyes are setup for failure. Cerfeda likens this element of dominance with the Catholic Church to that of Santa Claus. The child will only get presents if they are good. This also relates to the characters of mother and father giving contradictory criticism. Therefore, the individual has a lot to live up to and expectations are high. This type of situation can negatively effect one’s life, hence the increased probability of living with depression.

The process of getting help with mental illness is not easy. Cerfeda talks about the therapist and going round in circles. The therapist reiterates what the client has said and therefore explanations and remedies are limited, whilst consultations are expensive.

Many people in society denigrate the sufferer of depression and mental illness in general. They state that the individual is ”weak” and to ”just get over it”. Alternatively, the reality is different for the sufferer needs a great deal of courage to survive and suicide is prevalent. Cerfeda talks about exercise and its importance in regulating chemicals such as dopamine and serotonin.

At the beginning of the show, the audience is asked to write down a particular painful event or emotion and this is to be placed in a ”sorrow box”. Later, at the end of the production, Cafada scatters the statements on to our tables. Many of the notes described tragic events and I could relate this to aspects of my life. I felt I was not alone.

It is a possibility that depression can be treated and managed via medication, albeit with side effects. Getting better not only involves the individual but also society. This incorporates changing the competitive nature of individuals, having to be successful at all costs. Removing the fear of mental illness with education will help to challenge stigma and judgement.

In conclusion, ”Joyous Depression” is about the need to be accepted, as we are, warts and all.