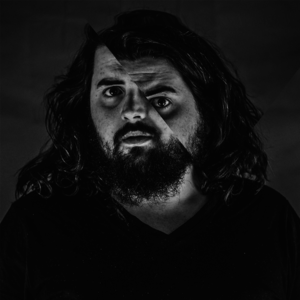 Let’s cut to the chase – Josh Mensch: Abomination is amazing.

Described as ‘a show stitched from two colliding parts, the first a one-man theatre piece about a monster and a village, the second an anecdotal stand-up’, I was already intrigued. With such an innovative and ambitious concept my expectations were high, but Mensch surpassed them.

I am in awe of what Mensch achieved within his hour-long set. Firstly, he has an extraordinary acting talent. His command of the theatre is remarkable. He used every conceivable centimetre of space – lying down, stretching, sitting with the audience, strutting down the aisle. There is a diverse cast of heavily flawed yet ultimately likeable characters, from doped-up drop-out to performance-pressured boss to rookie comic. Every character is played by Mensch and every time you forget it’s him. His characters are so expressive, so detailed and realistic that you genuinely believe they are played by different people. He has an almost magical ability to transform – with no fancy props, no huge costume changes, he doesn’t even change his shirt.

Secondly, the show itself is clever… very clever. It is sharp-witted and intelligently written and fast-paced to the point that it’s hard to keep up. Mensch’s characters are able to converse on stage due to pre-recorded audio that maintains their side of the discussion while Mensch is busy portraying another character’s role. Each recorded segment is funny, beautifully timed and perfectly complements the main action. There are laugh-out-loud moments, I’ve-been-there moments, cold-hard-shock moments, verge-of-tears moments.

Thirdly, this show is significant. Let that sit for a moment because it should not be taken lightly. This show, a small production even by Fringe standards, with a miniscule budget and a new performer is significant. It is all the things that word encompasses: it is important, it is note-worthy, it is weighty. What it does to advance the discussion on mental illness is phenomenal. Every character is subtly struggling. The doped-up drop-out who has based his whole personality on bucking society and focusing on fun is actually dangerously hyper-sensitive to societal expectations. The main character (the crux of the show, the normal one, the one who’s holding down a job, who’s turning up every day, who’s following the system) is gradually crumbling as his good intentions are constantly undermined, his strength of character continually crushed.

The show is so intense, so perceptive and affecting that it is necessary for Mensch to break the action occasionally and interweave his stand-up comedy into his theatrics. These breaks give further insight into Mensch’s personal motivations and early life and are a lighter, anecdotal relief to his harrowing central vision.

From beginning to end the show does not skip a beat or even momentarily compromise. At the finale of the show, Mensch apologises to his audience as he refuses to conform and wrap his confronting message in a tidy bow. He ends as he began – gritty, gracious and ground-breaking and I wouldn’t want it any other way.

5/5 Stars – Mensch is a mesmerising performer with an unforgettable message. Watch this show at the earliest opportunity then tell your friends you saw Josh Mensch when he was unabashed and undiscovered because this star will soar.